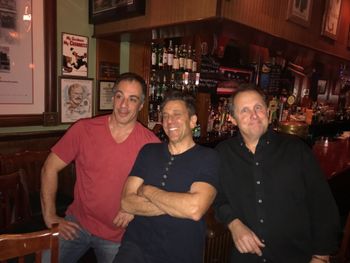 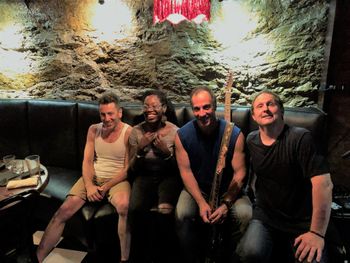 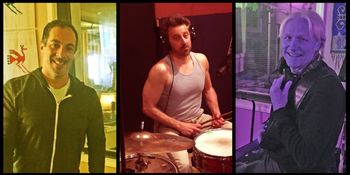 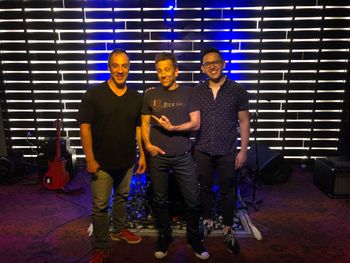 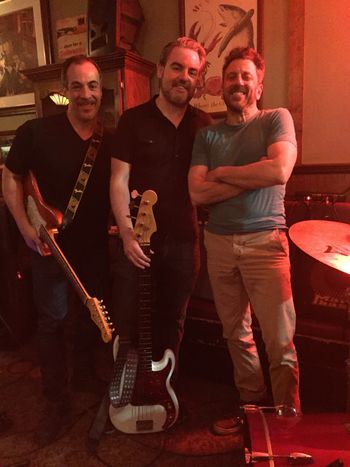 The Joint Venture Band is the live music project of Jerry Velona - singer, songwriter and multi-instrumentalist.  The band takes many different forms and incorporates some of the finest performing musicians in the Boston area.  Our "thing" is rock, soul, funk, country and jazz. We play many of my original tunes in addition to a bunch of interesting, tasty covers - not the usual stuff.  We like to think we're kind of the thinking person's band; but you can definitely think with your hips too!  :-)

The current incarnation is comprised of these blokes:

Joe Musella is a performer, recording artist, and music educator active in the Boston music scene. He has performed and recorded with members of Crosby, Stills, and Nash, The Replacements, The Joe Perry Project, and The J. Geils Band.

In 2013 he released Echo a ten song album of original instrumental rock.  Joe is a very versatile and skilled player who slides easily from classic rock to alternative rock and jazz and fusion.

He has been a professor at Berklee College of Music for over fifteen years. For the past few years Joe has taught students all over the world through "Classic Rock Guitar Workshop", a class he authored for Berklee's online school, Berkleemusic.com.

Joe is one of the most accomplished electric bassists in the Boston area. He's played and recorded with the likes of Bernard Purdie, Ray Greene, Mike Mangini, Mike Stern, Chad Wackerman, Steve Hunt and Jon Finn as well as recorded two CDs of his original compositions.

He is a Professor in the Bass Department at Berklee College of Music and is the first faculty member to play and instruct on the six string bass.  Joe endorses D’Addario bass strings. He has three bass books published by Hal Leonard/Berklee Press: Rock Bass Lines, Slap Bass Lines and Fingerstyle Funk Bass Lines.

Joe has performed and presented bass clinics in Costa Rica, Argentina, the NAMM show in California,  Muzicmesse in Germany and at The Jazz Education Network Conference.

Early in 2017, Jerry, Joe and bassist extraordinaire Tim Archibald went into Woolly Mammoth Studio in Waltham and recorded a bunch of live versions of some of the songs in the band's set list.  These are all live, in studio recordings.

Here's the band doing our version of the classic soul tune "Sookie Sookie" at Bull McCabes in Somerville with Tom Appleman on bass.

Here's another clip from Bull McCabes - performing You Don't Know Me by Ray Charles. - Great guitar solo by Joe Musella on this one.

Occasionally we'll be joined by Deborah Pierre (aka Debo Ray) on vocals. Deb tours all over the world with her band Women of the World. They recently performed at the Newport Jazz Festival. She's also featured on the latest album Social Studies by world reknowned jazz drummer Terri Lynn Carrington.

Here are a couple of recent tracks:

Love You More Than You'll Ever Know